← more from
Fire Archive
Get fresh music recommendations delivered to your inbox every Friday. 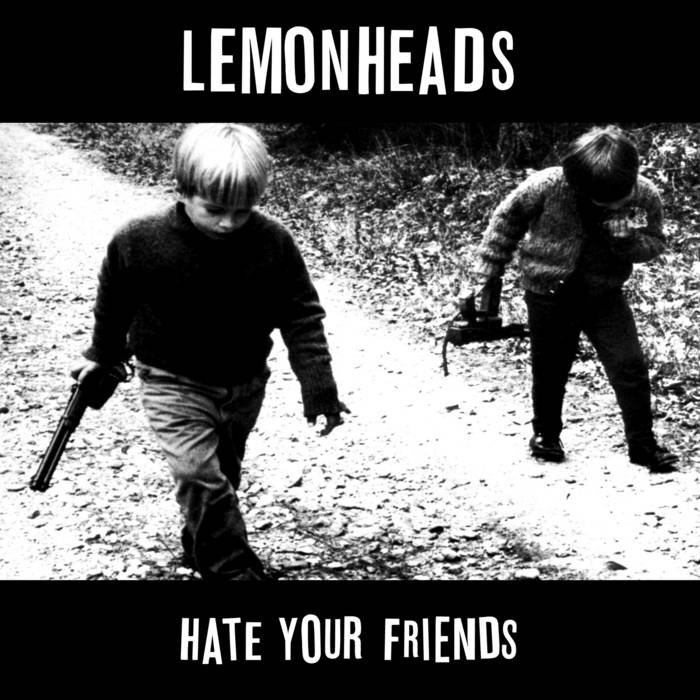 Fire Records have reissued the first three albums by the Lemonheads, Hate Your Friends (1987), Creator (1988) and Lick (1989), featuring copious bonus tracks and many never-before released rarities and live recordings. Together, these seminal albums showcase the band's early punk rock roots-and trace the Lemonheads' transformation towards becoming one of the most successful and influential bands in indie rock.


Before the 90s. Before the internet. Before Nevermind. Back when something called "independent music" first began reaching a wider audience, through college radio, word-of-mouth, and that small "underground" record store you seem to find in every town...there was a band from Boston called Lemonheads.

High school friends Ben Deily and Evan Dando, Lemonheads' primary songwriters, co-guitarists and co-vocalists, first recorded together on 4-track cassette in the spring of 1985; by the end of the decade they - together with bass player Jesse Peretz, sometimes-guitarist Corey Brennan, and successive drummers Doug Trachten and John P. Strohm - had created a body of recordings which would see them on MTV's fledgling "120 Minutes," beating out the Grateful Dead on college radio charts, and entering the consciousness of a generation of music fans.

Cited as influences by artists as varied as Billie Joe Armstrong and Ryan Adams, these fledgling Lemonheads recordings-part rock, part pop, part unique hybrid of the 80s punk styles beloved by the band members-mark the start of the trajectory that would eventually lead to "mainstream" success and stardom for a later version of the band. But they also represent a distinct, never-repeated phase of the band's history: one that is finally receiving the attention it deserves.

The roots of Hate Your Friends begin with the genesis of the band itself. Dando and Deily first started out as a two-piece ensemble: swapping back and forth between a shared Guild guitar (and a crappy amp) and vocal mic, and pounding a drum kit "borrowed" from the high school jazz band. With the addition of Jesse Peretz on bass, the two-man outfit quickly became a power trio.

With a handful of original songs, a passionate love for their favourite bands-from Husker-Du, the Replacements, Black Flag and the Germs, to the Saints, Wire and '77 UK punk-and a tiny recording budget, the Lemonheads set about their first studio session within days of their high school graduation in June of 1986.

During that summer, a significant amount of what would become the band's debut album was recorded in Brookline, Massachusetts, with Deily and Dando sharing vocal, guitar and drumming duties. Above and beyond bass, Jesse proved pivotal as the band's manager, booker and tireless promoter-helping arrange for the Lemonheads self-released debut EP, Laughing all the way to the cleaners, later that summer, and shortly thereafter helping establish the relationship with Curtis Casella of TAANG! records that paved the way to full-length LP Hate Your Friends.

Finally, with the addition of full-time (and fairly short-lived) drummer Doug Trachten, the last songs of Hate Your Friends were recorded in the winter of 1986-7.

This Fire Records re-issue features bonus tracks including 12 never-before-released live tracks from a 1987 radio session, rare tracks from the early compilation Crawling From Within, and additional tracks not included on the original release of Hate Your Friends ("Buried Alive" and "Gotta Stop").

Before the 90s. Before the internet. Before Nevermind. Back when something called "independent music" first began reaching a wider audience, through college radio, word-of-mouth, and that small "underground" record store you seem to find in every town...there was a band from Boston called Lemonheads. ... more

Bandcamp Daily  your guide to the world of Bandcamp

Nightmares on Wax and Bremer McCoy stop by with their sublime new LPs.